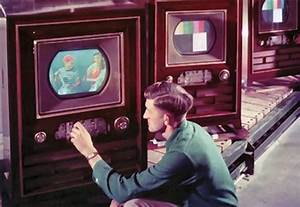 Television and electronic items that every home has all over the world when it was first invented the world didn’t even know what Television is and how they work? In 1947 only a few Americans owned the Television when I say few the count comes In thousands only, those were the super-rich and well-known families that had that luxury of owning an electronic Television.

So what happened that a product of such high standard is now so cheap and is available in every home, let’s find out. 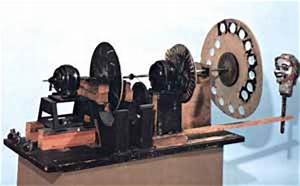 When first Television was invented In the early 1800’s it was a mechanical image projecting on a screen.

The first mechanical Television containing mechanical images on a rotating disk that created a scenery was created by two independent inventors John Logie Baird from Scotland and Charles Francis Jenkins from America in the early 1920s.

After that following their example another inventor from Germany Paul Gottlieb Nipkow. Created a better version of the mechanical television that able to send the images through the wires using a Rotating disk of metal, but Nipkow didn’t want the name television so he used the term electric telescope to define its invention.

Carry on Nipkow invention in 1907 two inventors came and changed the history of television, their name was Russian Boris Rosing and English A.A. Campbell-Swinton, they tried to combine a tube of cathode-ray With the mechanical system to form a new television system.

And carrying on the efforts of all those inventors the television history got evolved amazingly.

The first electronic television was created and completed in 1927 by a young inventor that was just a 21-year-old named Philo Taylor Farnsworth.

That guy didn’t have any access to electricity till the age of 14 and when he got to know about the mechanical television, he thought if there’s a way to send all those images to change into some form of code and then send it through radio waves to many devices at the same time.

He was way ahead of any previous inventors or invention he captured the images with kind of a primitive camera.

And following that there were many inventors doing the experiment on their invention trying to evolve the Farnsworth invention.

And in 1937, all of the television were evolved to modern televisions.

The first TV station was the mechanical TV station called W3XK created by the previous inventor of mechanical television Charles Francis Jenkins and the station did it’s first broadcast in 1928 July 2nd.

And later in 1955, there was this first actual remote that deserves to be known as a remote that was created by Zenith. He created the remote That was wireless and could turn the TV on and off and can change the channel to a great revolution for remote.

The first show was according to our sources was Queen’s messenger shown by WRGB station in 1928.

And it was only broadcasted to 4 television only.

The television reminds commercial-free until the year 1941 July 1, when the first commercial of Bulova watch was aired on the NBC station for 10 sec which started the commercial or Advertising business.

They were apparently appeared in 1904 by the German inventor and also had the patent for the color Television, although what he had was an idea to get that patented not a working color television.

Television and wanted some new color images so they started to take it seriously.

and then-FCC declared the colored television as national standard.

RCA took a stand against FCC decision as it should be available to all people, so RCA started making its own model for its customers and the best model was considered by the FCC in 1953, they said and agreed the RCA color television is better and it was the one who sold across America after 1954.

And after that, the color television keeps evolving to better quality and comes with better features that we see on our television now.